image from justluxe
I am just a drinker not an alcoholic. I have tasted different kinds of drinks from beer, rum, to wine. They are all good but the beers always remain the best for me. The Best Beers I ever tasted and love it is the Samuel Adams. It is expensive but worth it i would say. I only tried the Samuel Adams when I got married and moved here in the US. When I was in the Philippines my friends and I prefer the local brand of beer and besides I don’t see Samuel Adams beer sold in many stores. It made me curious at first when my husband and his friends nonstop talk excitedly of the kind of beer they got from the store. Of course they are talking about the Samuel Adams beer and they will start comparing taste of the beer they had drunk. Now I know why Samuel Adams became so popular choice for beer drinker. If you drink beer like most people you might want to try the Samuel Adams Utopias, the strongest beer in the world and has an alcohol by volume level around 27% (making them unavailable in some states). It has distinctive smell of cinnamon and vanilla with subtle hints of floral, citrus and pine. It begun in 2002, when Samuel Adams Utopias were released around the holiday season and often have a waiting list for connoisseurs waiting to try them. The most recent batch was released in November of last year, with a retail price of $150 a bottle and with a supposed shelf life of up to 40 years, it kind of makes you want to save popping the top for a special occasion and keep it to yourself. However, you will enjoy the best beers of all time while checking in at Atlanta Luxury Hotels and enjoy the best accomodation and classic amenities. You can relax and have the best time of your life. 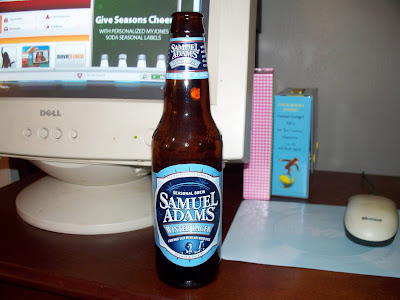