My sister chel’s friends at the pineapple farm in bukidnon
Each one of us has a story to tell, well allow me to share something about us. We are a proud pinay, born and raised in the southern part of the Philippines. Raised by conservative parents, that used to work in a Del Monte company. We call ourselves there product of pineapple coz that’s how most of the residents do their living or their source of income. When the company was bought by other management our parents got laid off but got paid enough money to support us all in college. WE moved to Cagayan de oro city but I and my sister at that time were in Cebu for college. So, i could say I’m used to the lifestyle in Cebu city. We are not a typical sweet closed sister when we were growing up. We are six in the family, 2 boys and four girls. My older brother now is working in a ship abroad. I’m the older sister and Rachael is two years younger than me. Since we were little we are always fighting and killing each other. She’s a tattletale kind of sister, the pretty one and im the sneaky ugly duckling one lol. She wanted to play with me and my friends but i won’t let her. So, Every time I get the chance to sneaked out and go to my friends she’s the one who run her mouth to my mother and as expected i get spanked or pinched. That is why we kind of growing up hating each other. Our parents always put us each other in one place, like going to college in Cebu we stayed in the same place, lived in the same room/apartment and the fights never ended there it gotten worst.
When I finished college I landed a job right away, first as a part timer then, as a teacher which is related to my profession. I was teaching in one of the public school in Cebu city. While on the other hand my sister looked for her own destiny. She’s been to many places until she met her husband Kelly; they got married, and went to the US. After almost a year of living here in the US she goes back to Cebu and lived again with me and my other sister. I had a house back then and asked them to make it our investment. So, for a year we shared responsibility of the house, I paid most of it since i was the one who has a stable job. It seems like we never encountered the word peace at all, we fought a lot of times, until one big fight that she moved out of the house. I was doomed; i had to pay the whole monthly mortgage of my house. I got tired paying it having that big responsibility in my shoulder I gave up the house in just a blink of an eye. To be continued….. Check out the rest of our story. 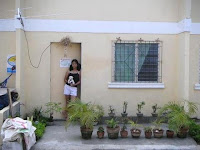 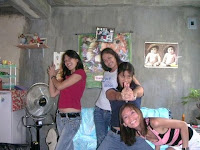