Husband and I like to watch old shows on TV especially those times that we still didn’t have a cable. Old shows on TV that we watch when I first got here were the Seinfeld and Frasier on regular channel since we only had 2 channels before. And now that we had cable we able to watched other old shows and one of them was the sitcom about a highly dysfunctional family called “Married… with Children” which FOX network debuted its first prime time series on April 5, 1987. The series ran for 11 seasons and was a turning point in the careers of actors Ed O’Neill, Katey Sagal, and Christina Applegate. Plus, it would forever change the way we heard the Frank Sinatra-crooned theme song, “Love and Marriage.” 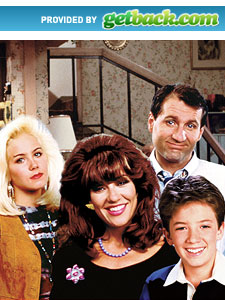 This week, the final season of the series was released on DVD. In the words of Al Bundy, “Let’s rock,” while we take a walk down memory lane with the stars of “Married… with Children,” then and now. Read more about the show on the latest tv blog on yahoo just click on the link below.

Find out how the cast of Married… with Children doing right now.
Other old shows on TV that Husband and I used to watch when we still have no cable, and even if we already had cable we still watching it every now and then.
FRIENDS