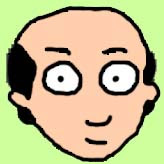 Each Individual are created differently in a lot of ways like our images, talents, gifts, attitude, personality, characteristics. Some people are gifted with the ESP or we call it has a psychic vision which is they can foresee the future. I am a catholic but I do believed in any superstition, fortune teller, future teller, cards reader. When I was single I used to go to a card reader to read my future I heard not just positive but as well as negative. Everytime I heard negative I prayed to God to help me avoid it or not to happen. But at the back of my mind I know I’m bothered or scared with the thought of those negative vision. One time when I was in graduate school I had a classmate who happens to have a vision. My classmates were coming to him asking what he saw in their future, most of the words he was telling to them based on what he saw were about to happen to them like getting married, weddings, family problems and he also gave them advice to pray. So I also joined the fun, I asked him about my path to the future and he refused for some reason. He said he saw nothing but darkness so I cracked up a joke like maybe I need to buy a flashlight then or maybe no electricity in that area you saw. I kept insisting him to go on, whatever negative vision he will see I’m ready to accept it and I’m not scared. He indeed went on, he said he saw me with 2 kids in my future but my path is blured and dark. He didn’t see any man or father with that two kids, he added that the father could be working far abroad or will die or I will be a single parent. I was kind of alarmed I don’t want to have a baby without a father, I live alone with 2 kids it was pretty scary though. I told some of my friends and they laughed at me for believing such thing. Until now I still think about what he said and keep praying not to happen. I know believing such thing is a sin and shows weakness and lack of faith. I lift that up to the Lord, to give me strength, faith and guidance, and watch over my family, my friends especially my husband and kids.